1000s of children across the world took part in do your :bit 2019/20. Find out more about the winners and runners up from each region.

Success, Chris-Jacob and Sharon from Nigeria found out that under water pipeline vandalism was causing harm to sea-life around their country’s coast line. They knew they could use the micro:bit to create an alarm system but they didn’t have any micro:bits at their school. They designed their winning solution using the micro:bit simulator on the MakeCode editor and the judges loved their creativity.

Anqi from China designed a device that prevents birds from colliding with glass windows. She used a micro:mate board and an ultrasonic distance sensor alongside the micro:bit and some LEDs to create a truly unique solution. 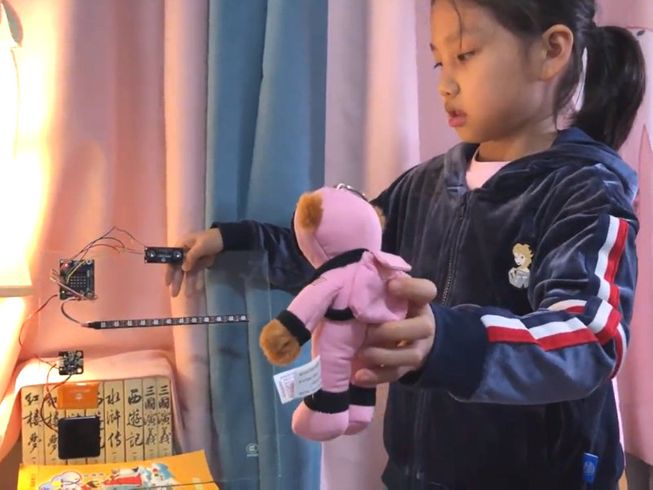 Danylo, Oleksandra, Volodymyr designed a 3D printed cleaner-boat to help clean a polluted river near where they live in Ukraine. The team worked hard to create a prototype in their robotics class at school and updated the boat after it was tested to make it more efficient. 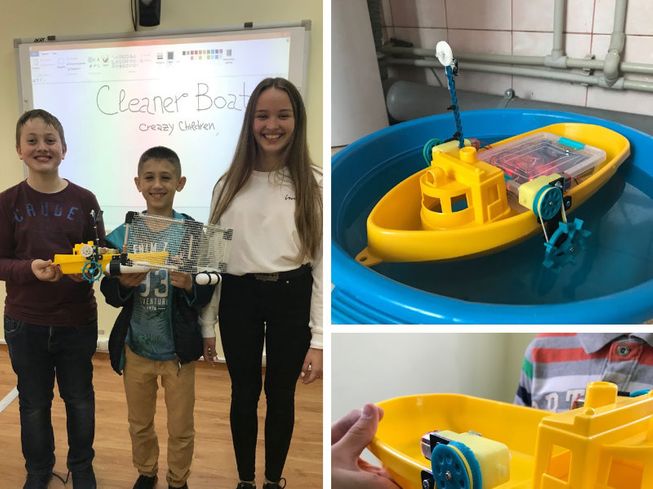 Zayd created the Z Palm Tree - an innovative solution towards Global Goal 15, Life on Land, which enables a tree to ‘communicate’ its needs. Zayd used multiple external and internal sensors to create the Z Palm Tree, including a vibration sensor and a flame sensor. The tree even shows emotion via two LED matrices that create a face that moves its mouth when talking. 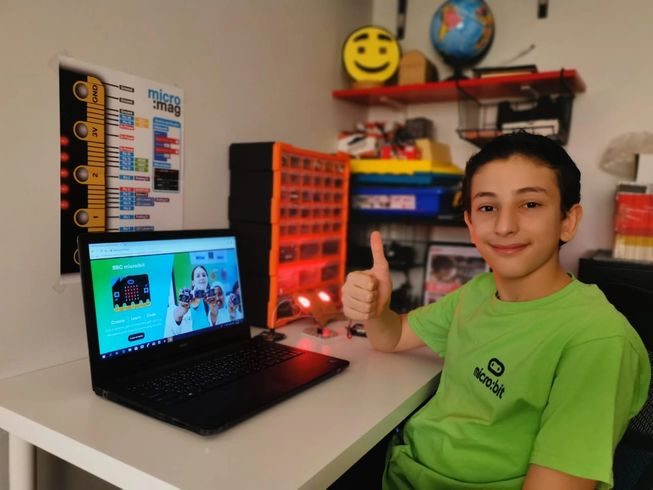 Lynn created a complex device as a solution towards Global Goal 15, Life on Land. Lynn’s creation aims to not only solve the issue of deforestation but also raise awareness of it. Lynn used a gator:microphone, a camera and a Raspberry Pi to detect loud sounds in forests. The invention takes a photo when it detects a sound and posts it to a Twitter account for a park ranger to review.

Mauro and Jan decided to design a solution after discovering that hammerhead sharks are in danger in the waters of Isla de Cocos off Costa Rica where they live. The solution uses the radio function of the micro:bit to connect a collection of buoys and boats in the area the sharks inhabit. The micro:bit on the buoys can also alert the police station if boats do not change direction when advised to by their onboard micro:bit.

AFRICA: Happyness, Steven and Janeth, Tanzania - 'Providing lights in rural areas'. This team project was designed to ensure that people in Tanzania can access electric lights in the evenings.

EUROPE: Plamena, Bulgaria - 'Save the Brown Bear'. Plamena designed a safety collar that used the micro:bit radio function to protect brown bears that live in Bulgaria.

MIDDLE EAST: Hussain, Saudi Arabia - 'Trash Watcher'. This creation measured the mass of waste in bins and sent a message to the recycling team to collect them when full.

The judges also gave a special mention to Raul and Zach from America for their creation - The Sea Turtle Gender Cooling system! Raul and Zach wanted to prevent Sea turtles from becoming extinct by ensuring that there are enough male turtles in the world to mate. They read that if a turtle egg incubates above 30C the turtle hatchling will be female but if it goes under 27C, they will be male. Raul and Zach created a system that can cool or heat the turtle nest to determine the turtles' gender.