December 2021 marks the 40th anniversary of the BBC Micro, a computer designed for education, just like the BBC micro:bit!

The early 1980s were a pivotal moment as microprocessors became more important in industry, and the ability to program them was widely regarded as an essential skill for for the future.

The BBC Micro, launched in 1981, was at the centre of the BBC’s original UK computer literacy project. Most schools in the UK had at least one BBC Micro and television programmes like The Computer Programme and Micro Live spread its influence beyond the classroom and into people’s homes.

The Acorn and ARM legacy

Along with other home computers, the BBC Micro inspired a whole generation of UK school children to pursue careers in technology and in particular computer game design, which has become an incredibly important entertainment industry worldwide.

The BBC tasked Acorn Computers in Cambridge, England with designing and building the BBC Micro. Acorn would go on to become ARM, whose processor designs are at the heart of almost every smartphone in pockets all over the world. The original ARM chips were even designed on a BBC Micro.

In 2015, 34 years after the launch of the BBC Micro, the BBC and ARM once again joined forces, this time with dozens of other partners including Microsoft and the IET, to launch a new UK-wide computer literacy project.

At the heart of Make It Digital, was the BBC micro:bit, and at the heart of the micro:bit is an ARM-designed processor, another direct link back to the original BBC Micro of 1981.

The BBC micro:bit was much smaller than the 1980s BBC Micro, but its processor was eight times faster and its and built-in memory was around eight times larger. It was also much less expensive, making it possible to donate a million BBC micro:bits to UK secondary schools.

In 2016 the BBC founded the Micro:bit Educational Foundation as an independent not-for-profit organisation to secure the legacy of the Make It Digital project.

In 2020 the Foundation launched an updated micro:bit with a built-in speaker, microphone and touch logo. Together with our partners, we've secured the legacy of this UK computer literacy project, with 30 million children now creating their best digital futures with 6 million micro:bits worldwide. 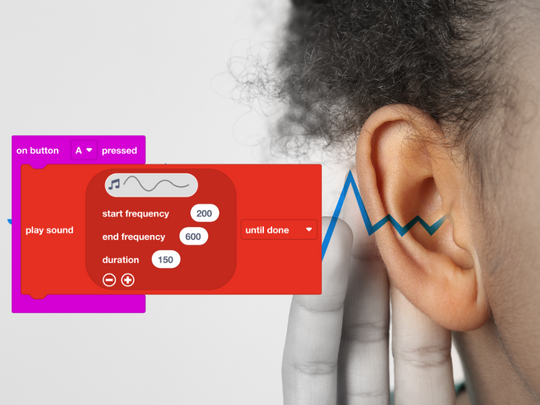